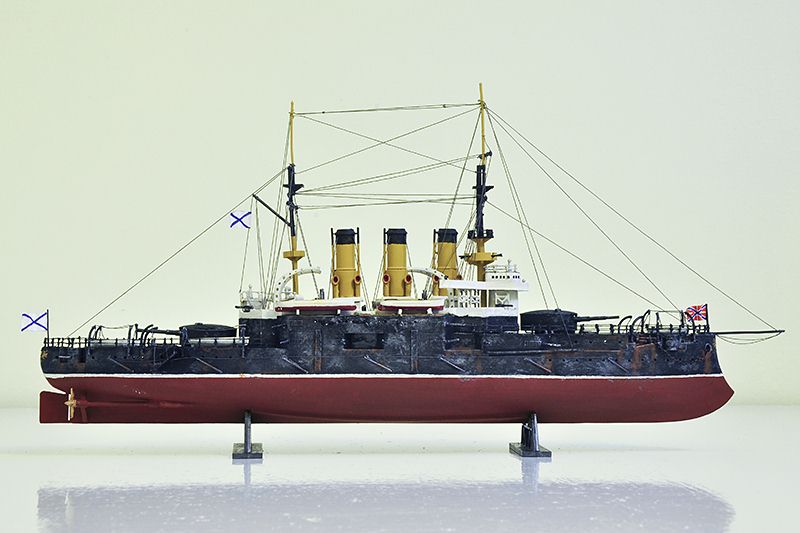 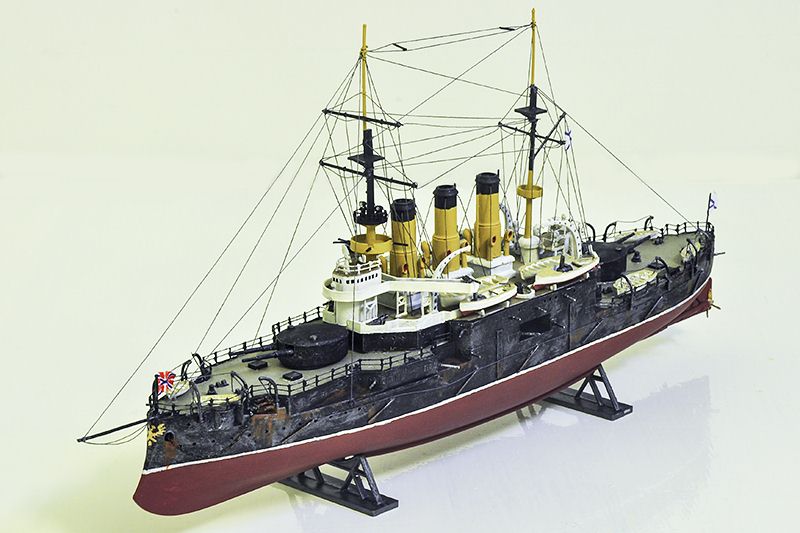 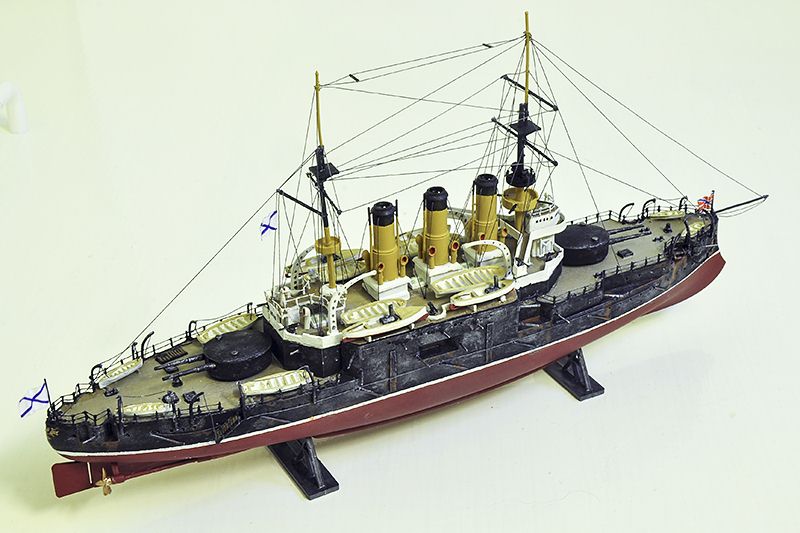 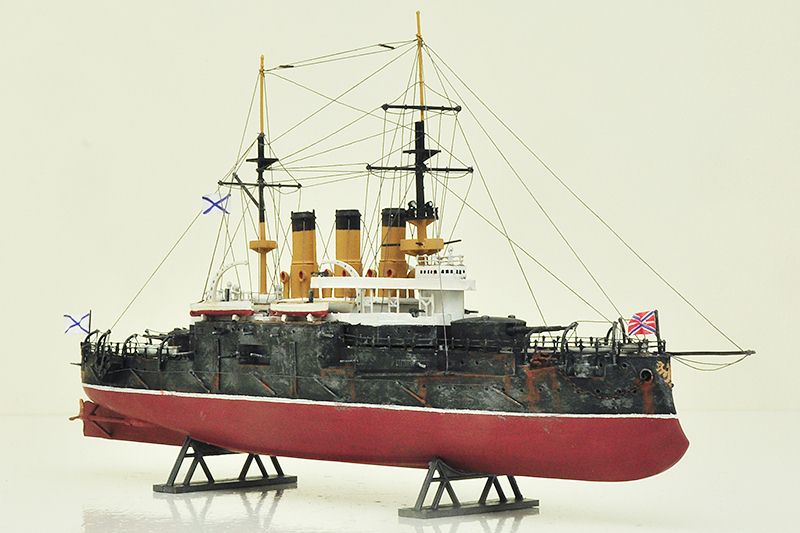 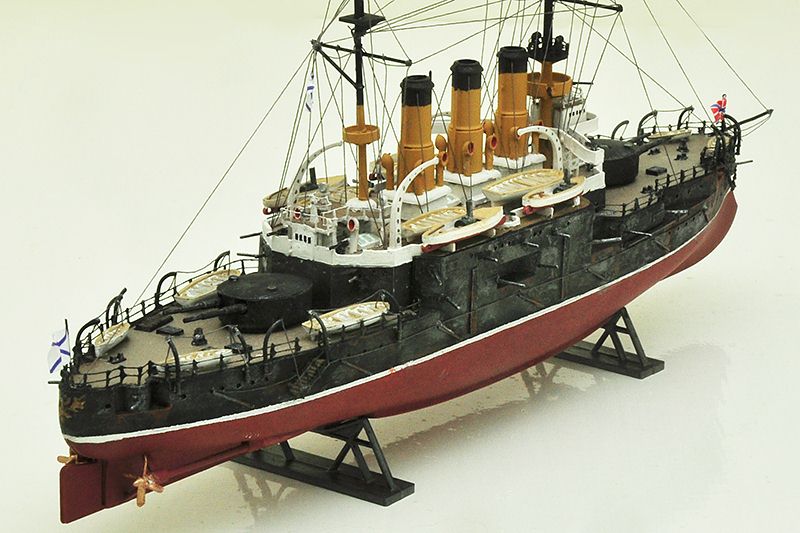 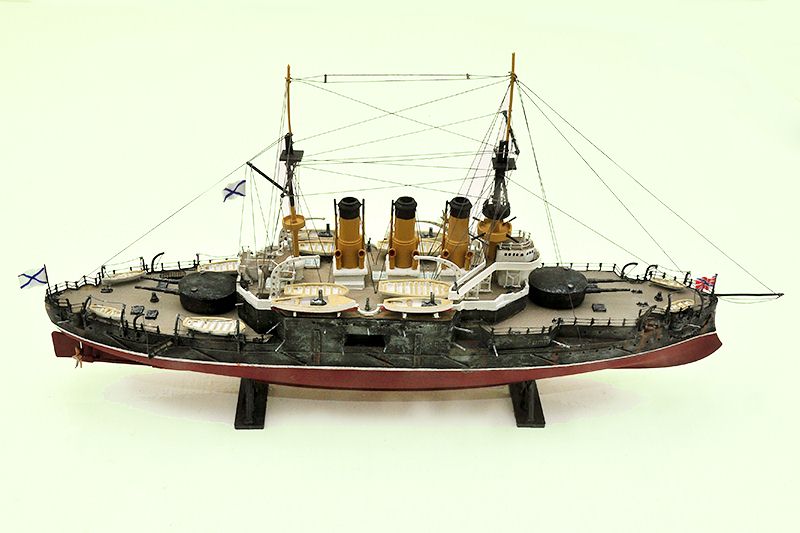 Potemkin was a pre-dreadnought class battleship and was launched in 1904. It's whole name was Kniaz Potemkin Tavritchesky (Prince Potemkin of Tauris).

The ship is famous because of the mutiny in 1905, which is often said to be one of the first steps towards the revolution in 1917.

In october 1905 the ship was named Panteleimon, but in 1917 re-named to Potemkin again (Potemkin-Tavricheski). The ship was scrapped in 1922 or 1923. When Eisenstein filmed the movie "Battleship Potemkin" in 1925 the ship didn't exist any more and other ships were used as "Potemkin"

About the model
Kit: Old model kit produced in the USSR, basec in Heller's kit, 1:400 scale. Modifications: Several self-made additions in scratch. Notes: The ship had many colour scemes during the years, but this shows it in imperial colours before the mutiny.
© Teppo Kahtola