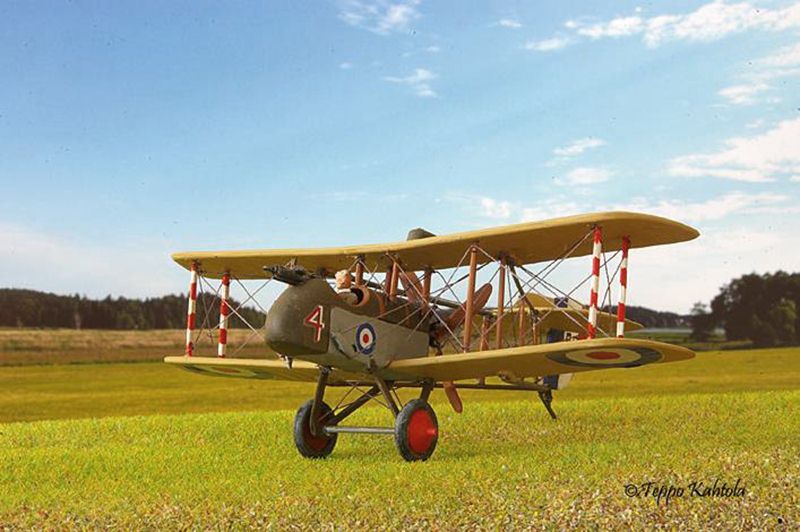 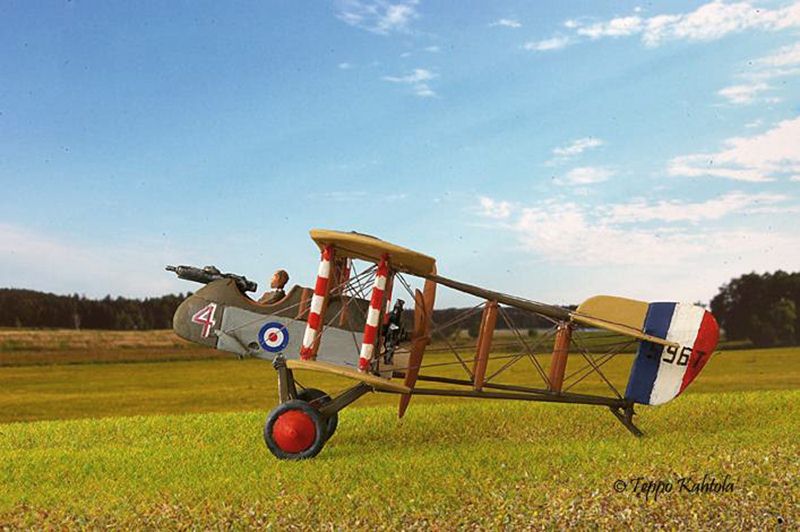 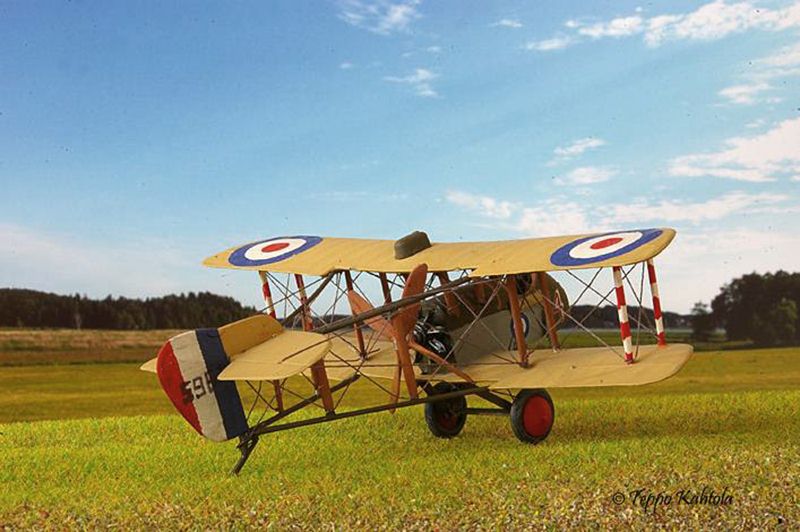 During WW1 the germans had air supremacy thanks to the Fokker E -fighter, but in 1916 british got this new D.H.2 -fighter which was more manoeuvrable than the Fokkers.

In 1916 british had not developed a plane, which could shoot forwards through the propeller, so the propeller was behind. Fokker E was in that sense more advanced, athough otherwise poorer performer.

Soon germans had again new plane types (Halberstadt D and Albatros D) and D.H.2 was outdated in less than a year. It was removed from service in the beginning of 1917.

About the model
Kit: Revell 1:72 scale Modifications: The propeller in the kit was only 2-bladed, whilst they usually were 4-bladed. Made from scratch. Notes: I made this plane nr 5967 in RFC:s 24 Squadronin, operating in Bertangles, France, flown by capt. Robert Saundby in July 1916.
© Teppo Kahtola